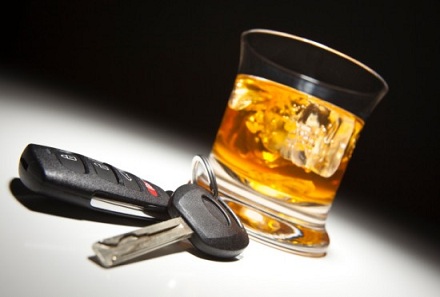 What constitutes as a DUI/DWI offense in the state of Nevada?

Section NRS 484C.110 of the Nevada penal code prohibits the operation or driving of a vehicle with a blood alcohol level of .08% or higher. In addition, the law makes it a crime to operate a vehicle after use or ingestion of any "chemical, poison or organic solvent, or any compound or combination of any of these, to a degree which renders the person incapable of safely driving or exercising actual physical control of a vehicle." A common misconception is that intoxication via legal methods, such as a legally prescribed medication is a legitimate defense to a DWI charge. This is false, any impairing substance or medication, whether illegal or legal can result in a DWI charge when it impairs driving ability. Individuals under the age of 21 and those operating commercial vehicles have lower BAC thresholds required to be considered committing a DUI offense.

DUI while driving with a child

Who can be charged with DUI/DWI in the state of Nevada?

Any individual whom is deemed in driving or in control of a motor vehicle and:

Under the influence of intoxicating liquor

Has a blood alcohol level of 0.8% or higher, less for minors/commercial vehicle drivers

To gain a DUI/DWI conviction, the prosecution must prove that the individual was both intoxicated and in control of a vehicle. Intoxication is the first step and is most often proven by the results of a blood or breathalyzer test performed at the time of arrest. Due to Nevada’s Implied Consent Law, refusal to submit to testing at time of arrest does not automatically absolve you of the charges and includes its own set of penalties. In the event there are no test results available, the prosecutors will seek to prove intoxication by other means. For example, testimony or statements from officers on scene and/or witnesses of your reckless driving, difficulties with roadside sobriety tests, impaired speech and other signs of intoxication.

The second necessary component for conviction is establishing the individual had control of a vehicle. It is important to note that you do not need to be physically driving the vehicle in order to be deemed in control of the vehicle at the time of your arrest. Operating or intending to operate the vehicle is enough, and many arrests occur from merely sitting or sleeping in the driver’s seat of a vehicle with keys in the ignition.

There are a few defenses available to those charged with a DUI/DWI offense. The typical DUI defense involves improper stop of a vehicle or an assertion that the defendant was not in actual control of the vehicle. Other defenses include improper administration or inaccurate testing, including sobriety, blood and breathalyzer testing either in their administration or their results. Less common defenses include those for driving under duress or necessity to prevent injury or loss of life.

The penalties for DUI/DWI offenses are steep and vary with the number of previous convictions as well as any aggravating circumstances. Penalties can be increased if the alleged crime was committed in a work zone. The criminal penalties below do not include court courts or the multitude of possible administrative monetary penalties levied by the DMV which can substantially increase the total cost of a conviction.

10 days to 6 months in jail or house arrest

1 to 6 years in state prison

How We Can Help

If you have been charged with any DUI or DWI defense in the greater Las Vegas metropolitan area and need experienced representation, contact the Law Offices of Martin Hart today. You will receive a thorough consultation to answer your questions, address your concerns and inform you of what veteran defense attorney Martin Hart can do for your case. Don’t leave your fate to an inferior criminal defense attorney. The Law Offices of Martin Hart are just a phone call away at 702-380-4278.